Bench Warmers from Johnston, R.I., are this year’s champions in the 9-Ball Division. Bench Warmers defeated Unapproved of Camarillo, Calif. The victory was good for a $15,000 payday for the champs. Unapproved took home $7,000 in Runner-up prize money.Bench Warmers advanced to the finals with a victory over Travis Team of Centertown, Mo. Unapproved advanced to the finals with a win over R & S Billiards of Baxley. Ga. Travis Team and R & S Billiards finished tied for 3rd and received $3,500.BullShooters of Cayce, S.C., received the Sportsmanship Award in the Open 9-Ball Division. 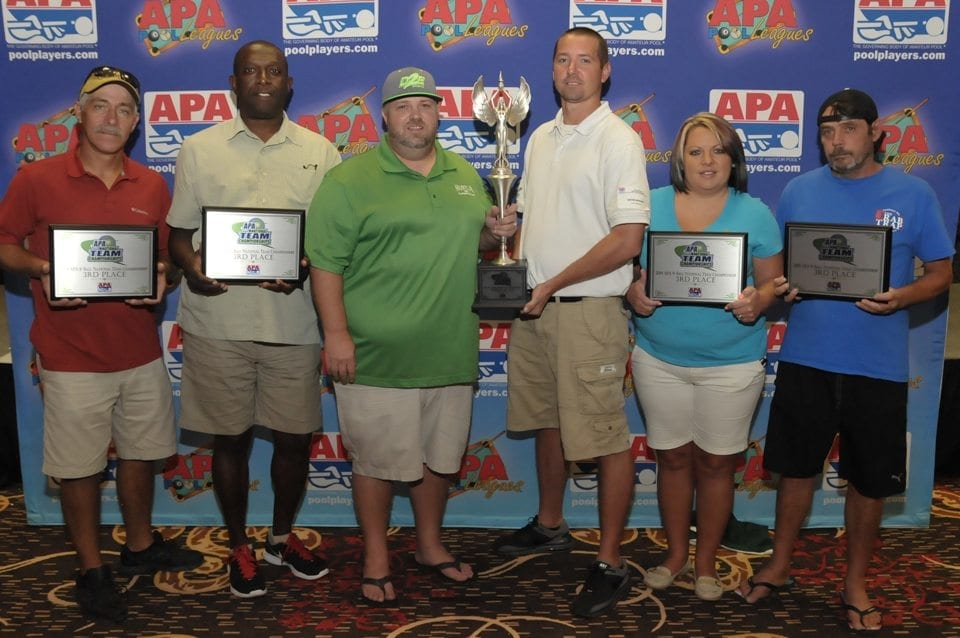