The Black Widow Jeanette Lee is one of the most recognizable female athletes in the world. She was named one of the sexiest female athletes in the world by ESPN and has made television appearances on Arli$$, Best Damn Sports Show Period, Entertainment Tonight, Extra!, Hard Copy, HBO Real Sports, Late Show with Craig Kilborn, Today, The Late Show with David Letterman and Live with Regis & Kelly.

In addition, Lee has served as the national spokesperson for The Scoliosis Foundation for the past decade. At the age of 13, she was diagnosed with scoliosis, a disorder in which there is a curve, often S-shaped or C-shaped, of the spine or backbone. Lee has had undergone 10 back surgeries, yet despite her medical challenges, is currently ranked the #3 player in the world and has more than 30 billiard titles on her resumes.

Lee is also the official spokesperson for the American Poolplayers Association (APA) and encourages people of any age and athletic background to participate in the sport of pool through APA Leagues.

“APA Pool Leagues are a great way for people who may have never played the game to get involved in the sport. The great thing about pool is that anyone can participate, regardless of age, gender or athletic ability,” said Jeanette Lee. 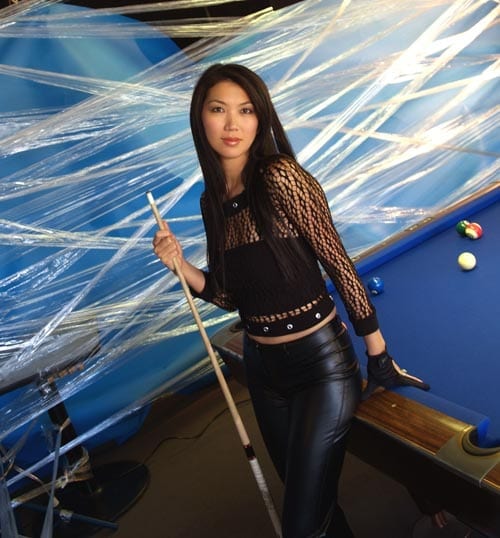