Florian Kohler aka “Venom” burst onto the scene with his amazing trick shots videos that left millions of people around the world asking the same question – “did he really do that?” Born in 1988 in France, Florian didn’t start playing pool until he was 18 when his parents gave him a small pool table as a birthday gift. Having never played before, he did what any young man growing up in the internet age would do – he got online. He started watching trickshot videos, and quickly started trying to imitate them. As he mastered the shots, he started creating his own, and it wasn’t long before he started posting his own videos online. Internet stardom was soon to follow! Florian’s video’s have been viewed nearly a BILLION times worldwide, and he’s collaborated with some of the internet’s top trickshot artists in other sports, including the guys from Dude Perfect. APA is proud to sponsor Florian and some of his all-time best trickshot videos. You can see Florian demonstrate his shots live at both APA Championships held annually in Las Vegas! 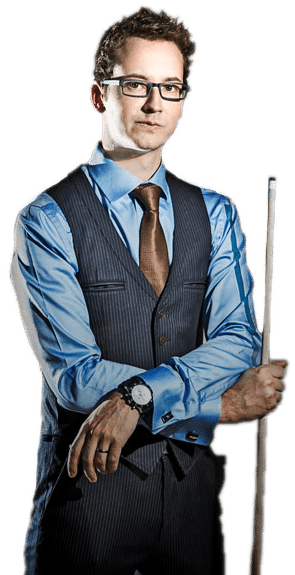