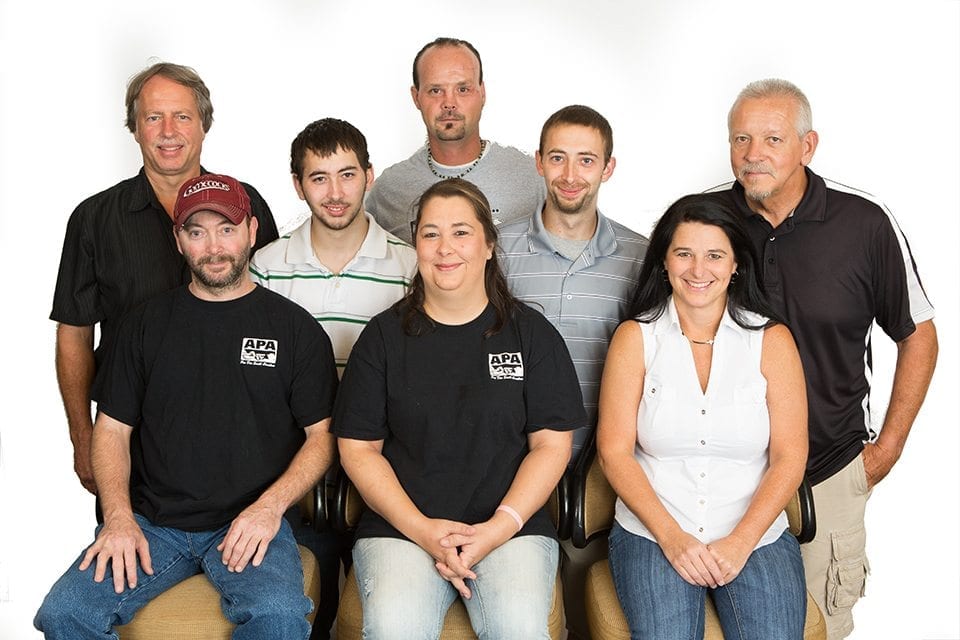 Vegas Bound from Florence, S.C., is what most people would call a family affair. Even though everyone on the team is not blood kin, they would all go out of their way to help others.   Four of the members are father, mother and two sons.  The rest are best friends and dedicated players.

“We would not have gotten this far without the dedication of our team members,” team member Becky Bryant said.  “Some have so much heart that they cannot be overlooked.”

William “Mikie” Bryant talked about joining their team since Summer Session of last year, but couldn’t join until spring because of his age.  Their team struggled just to stay out of last place and all he could say was, “Wait until I join, we will be going to Vegas.”   Finally Spring Session came, they signed him up and it was a battle for him.  Being a senior in high school, he had to keep up his grades to be able to play.  He showed up every night and played his best, always with the same attitude, “We got this; we are going to Vegas this year.”

With Mikie’s support, their team finished 3rd for the session, giving them a spot in Tri-Cups.  He played his best in every match.  Having played in tournaments since he was 12, the pressure never bothered him.  They placed 2nd in Tri-Cups and got a spot in the LTCs.

“I could tell some pressure was getting to my children, but no one gave up,” Becky said. “Our winning match was because of Mikie.  It was like he was on a mission. Mikie graduated and won the trip all in the same week.”

Clyde Allen is a very dedicated player. Even battling health problems he showed up every night he could to help the team.  The week of Tri-Cups he was not able to get out of bed to go to work, as he came down with pneumonia, but he showed up that weekend to play with his team.  He did a great job and played his heart out.  Still battling pneumonia, he drove every morning to be with his team at the LTC.

Chris Wilkes found out a week before the LTCs that his mother has cancer.  Staying with her at the hospital, taking care of her, he still showed up to help the team.  He drove from Florence to Sumter just to play one game, which he won and drove straight back to be with his mother.  Leaving the team with words of, “Good Luck and let me know how it goes.”

Becky Allen was always present even though her husband was having problems.  She plays her heart out each and every time she walks to the table.  Allen Land is a team player, being dedicated to everything he does and no matter what time they call him he shows up.  After working all day he loves to have dinner with his family and tuck his son in at night before League, but the team knew he would be there playing his best.

After suffering a shoulder injury at work Robbie Bryant drove every League night from Columbia to play his matches the best he could, even though he was not supposed to play. Robert Bryant was there for his team no matter what, taking over as captain and coach so that the team wouldn’t fall apart.  He is the type of person that likes to win, but knows with everything going on if you win, you win and if you lose, you’ll try again next time.

Pee Dee South Carolina League Operator Regina Johnson says that Becky Bryant is truly the backbone of the team. She helps diffuse conflicts if and when they occur and everyone in the divisions she plays in all love her.  She shows much pride in her team and is always there to support them, win or lose.

“Dedication and heart is what I think this team is made of,” Becky said. “I love each and every one of them.  We are all friends that will go out of our way to help each other.  We are a FAMILY.”

They competed in the 8-Ball Open Division of the National Team Championships.